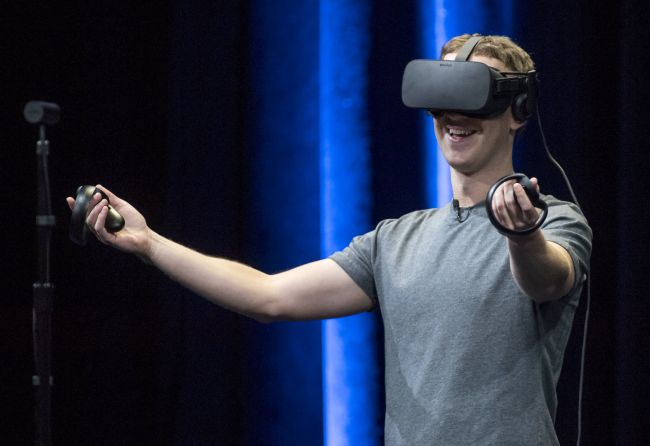 Facebook on Wednesday unveiled Oculus Quest, the company’s long-awaited, standalone virtual-reality headset that will be on sale in early 2019 for $399. I had a chance to try out two demos on the device.

The Oculus Quest’s main advantage over other standalone VR headsets is its motion-tracking technology. Unlike other portable headsets, the Quest is able to determine the motion of the user’s head turns, hand gestures, and overall body movement.

These capabilities were showcased in “Project Tennis Scramble,” a demo developed by Armature Studio. In the game, users play tennis as colorful avatars in a cartoon world, running around and swinging their arms in real life to move their avatars on the virtual court and hit the animated balls.

The quest perfectly tracked my swings and the demo was a blast to play, especially when it emphasized elements of a tennis match that could only be possible in a virtual world, such as substituting the tennis racket and tennis ball for a cricket bat and ball.

Whether a demo like Project Tennis Scramble can ever succeed as a consumer game is an entirely different question.

As a result, users need someone around to help them complete the quest properly. They’ll also need access to rooms large enough to safely run around swinging their arms, blind to the real world, without breaking anything. For many people, that type of space just isn’t available.

Just take a look at this photo, provided by Oculus, that suggests how it might be played in an apartment. Try to imagine the player, unable to see anything, getting through a virtual tennis game without running into walls or furniture.